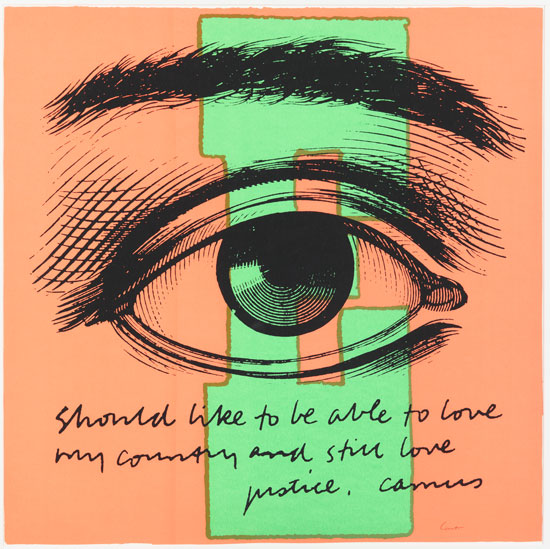 The Vilnius Graphic Art Centre is holding a series of exhibitions which introduce landmark international events in graphic art taking place in Europe. In the autumn of 2014 the series started with the Splitgraphic biennial from Croatia. This year the Vilnius Graphic Art Centre took the initiative to present the Tallinn Print Triennial that has been run since 1968. Its exhibition The Winners will show the works of prize-winning artists from all over the world. The curator of the exhibition is the artist Eve Kask, who is also the long-time president of the Tallinn Print Triennial. The show has been prepared in collaboration with the Art Museum of Estonia and the Bank of Estonia.

In 2018, the Tallinn Print Triennial will celebrate its 50th anniversary. Considering our changeable circumstances, the triennial, which has taken place with amazing regularity every three years, has left a deep impression. A noteworthy archive has also been created that allows the developments that have occurred in and around graphic art in the region during the last half century to be reconstructed. One part of the archive is comprised of the prize winner’s works that were preserved and collected at the initiative of the Tallinn Print Triennial, and have now been transferred to the Collection of Prints and Drawings at the Art Museum of Estonia. Although this survey does not exhaustively cover the topic, a coherent graphic narrative is created by the collected works that can help us discover the history of graphic art – the popularity of images and techniques – in the Baltic region and the historical circumstances under which the art was created. The prize-winning works from the triennial are inevitably related to the power of the institutions that selected them and the struggle that occurred in the art world.

The exhibition at the Vilnius Graphic Art Centre divides the collection of prize-winning works into three thematic groups: the joint exhibitions of the Baltic republics that took place during the Soviet era; the graphic art that was exhibited at the transitional triennials during the 1990s; and the relationship between the renewal of graphic art and the curator exhibition format that was introduced in the 21st century. Based on this material, The Winners provides a fresh look at the development of the graphic art created in the Baltics, by presenting the story in the context of intense competition and the exchange of ideas.

We are pleased that the exhibition hosted by the Vilnius Graphic Art Centre has prompted future interpretations of the triennial’s archive in Riga (curator Maija Rudovska) and at the Kumu Art Museum in Tallinn (curators Elnara Taidre, Eha Komissarov), although the subject will definitely not be exhausted.