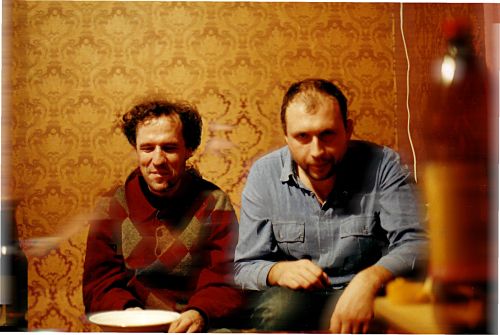 „Anoj pusėj kapinių – sodai“/”On the other side of graveyard – gardens” – that is an exhibition of creative work of two artists Mantas Gimžauskas (Šamanas) and Remigijus Audiejaitis (Tanaka), who have past away two years ago.

A creative work of Mantas Gimžauskas (1976–2007), who was a poet, translator, scenario author, is not bounded in a single sphere. It encompasses a wide spectre of artistic genres. Works presented in this exhibition are associated with the first officially published book „ŠamanasTM“ (copper mouths / other books, 2007). This is a graphic and concrete poetry, outline graphic art (the term coined by the author). Also in the exhibition – a film by Ignas Miškinis „Sfumato“, in which Mantas Gimžauskas together with Donatas Vaišnoras and Ieva Biliūnaitė play the main roles.

In two exhibition halls works of artists are presented. They both had similar tragic destinies and are united by the same motives of gardens, which arose from one and the same title as the exhibition has – taken from a poem by Šamanas. Here the most important thing is not the variety of works and quality, but immediate things, bright human warmth, spreading from the relation of artists and our world, from the loneliness of their things which do not belong in this world.

Organizer of the exhibition: copper mouths| workshop of ideas 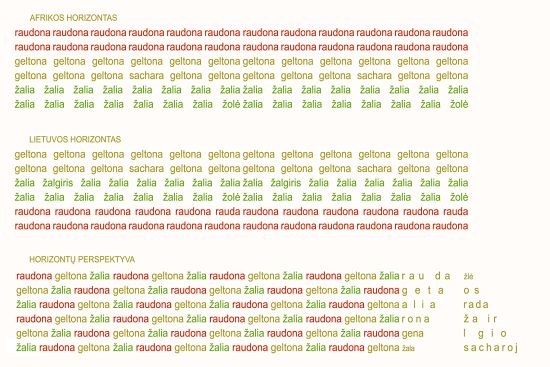